(CNN)Were the strokes that killed US Capitol Police Officer Brian Sicknick after the January 6 insurrection really natural? Some neurologists don’t think so.

Sicknick suffered strokes that killed him, according to the medical examiner’s office. However, the medical examiner, Dr. Francisco Diaz, told the Washington Post, that “all that transpired” on January 6 “played a role in his condition.”
A stroke is certainly possible after a traumatic experience, neurologists say. What some may disagree on is whether the medical examiner’s ruling in Sicknick’s case adequately accounts for this. 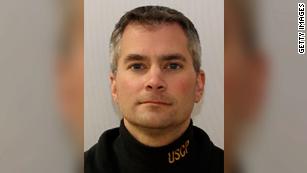 Officer Sicknick suffered strokes and died of natural causes, DC medical examiner says
The country has been waiting weeks to learn the official manner of death. The FBI and District of Columbia Metropolitan Police Department were jointly investigating the case. Initially, the Capitol Police said in a statement that he died “due to injuries sustained while on-duty.”
The medical examiners had not found any signs of blunt force trauma, but a stroke can follow a traumatic situation, several experts told CNN.
“Stress is the body’s natural response to a real or perceived threat. A riot is an example of an acute stressor, and this type of event could trigger the heart to work harder, by increasing heart rate and blood pressure, which could conceivably trigger the formation of a clot that travels to the brain and causes a stroke,” said Lindsey Rosman, an assistant professor of Medicine in the Division of Cardiology at the University of North Carolina School of Medicine. Rosman did not examine the patient or the medical records, but works on stroke research. 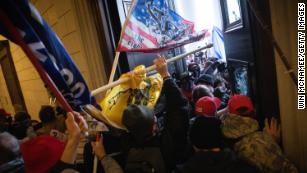 100 days after US Capitol insurrection, massive federal inquiry sees progress and roadblocks
Two men who were arrested for assaulting Sicknick are alleged to have sprayed three officers, including Sicknick, in the face with bear spray.
The medical examiner’s release said Sicknick was sprayed with a chemical substance at about 2:20 pm. He collapsed at about 10 pm and was transported by D.C. Fire and Emergency Medical Services to a local hospital where he died the next evening around 9:30 pm.
The medical examiner’s office did not disclose if Sicknick had any underlying conditions. 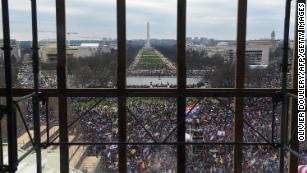 Capitol Police inspector general to testify about lapses in planning ahead of Capitol ‘takeover’
“Individuals with preexisting heart disease are more susceptible to these types of events, but they can also occur in individuals who do not have underlying coronary disease or other risk factors for stroke. Stressful events can also trigger a surge in stress hormones, such as cortisol, that activate biological processes that increase the risk of stroke,” Rosman said.
Dr. Mitch Elkind, the volunteer president of the American Heart Association, said psychological stress or physical exertion can lead to a cardiac problem that can secondarily result in a stroke.
“Traumatic events can lead to stroke,” said Elkind, who is also a professor of neurology and epidemiology at Columbia University. “If the heart is overstressed there could be a heart attack that can lead to blood clot forming in the heart that could migrate to the brain and cause a stroke, or if there is enough stress going on, you could get a heart rhythm disturbance forming a blood clot that goes to the brain.” 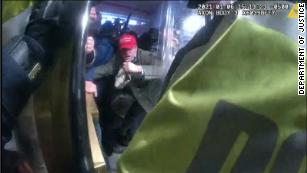 Trump State Department appointee facing Capitol riot charges ordered released from jail
Sicknick had what the medical examiner called acute brainstem and cerebellar infarcts due to acute basilar artery thrombosis — a specific type of blood clot in the brain.
“Basil or artery occlusion is a specific type of stroke that happens in the posterior circulation. This is the blood flow that enters the brain and then in the backside of your head,” said Dr. Robert Kowalski, a clinical instructor in neurology at the University of Colorado School of Medicine who does stroke research. 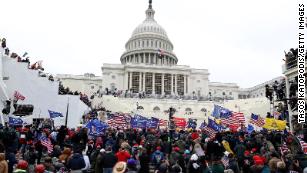 Man accused of bear-spraying Officer Sicknick pleads not guilty, in talks with DOJ on bail
This area of the brain is critical for cardiac function. It regulates heartbeat and breathing. “These are a terrible type of stroke because the mortality rate is close to 90% when it’s not treated,” Kowalski said.
The medical examiner’s declaration that the manner of death was “natural” after such events doesn’t sit right with forensic pathologist Dr. Cyril Wecht. While Wecht has not examined the records directly, he said media accounts about the ruling puzzled him.
He was “shocked, amazed — hell, I don’t know where the hell he’s coming from,” he said.
The news release from the examiner’s office said that the term “natural” is “used when a disease alone causes death. If death is hastened by an injury, the manner of death is not considered natural.” 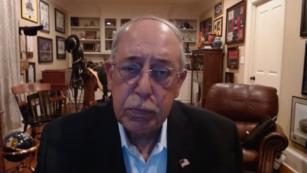 Head of Capitol security review calls for background checks on all congressional staff
“It’s not a natural death because of the contributing factors that were quite significant in precipitating his death. They contributed in a real significant way,” Wecht said.
He said with a workers’ compensation kind of case, for example, if someone experienced severe psychological stress that led to a compromise like a stroke, that would constitute a significant contributing factor.
“That moves it out of the category of natural death,” Wecht said.
If he were to make a ruling, if there was a strong case against the people involved in causing that stress it “could well be a homicide.”
Get CNN Health’s weekly newsletter

Sign up here to get The Results Are In with Dr. Sanjay Gupta every Tuesday from the CNN Health team.

“If the circumstances are less definitive, then at the very least you will call it accidental. But no way do I agree this is a natural death,” Wecht said. If the office wanted to “punt,” he could at least have chosen “undetermined.”
“Natural does not seem like the right fit,” Wecht said.
CNN reached out to the medical examiner’s office but did not get a response.
SOURCE: CNN
Share on:
WhatsApp
Share this on WhatsApp