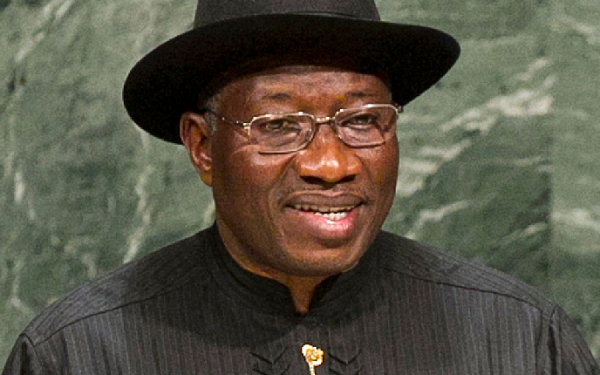 Efforts by some stakeholders to drag former President Goodluck Jonathan to the 2023 presidential race on the platform of the ruling All Progressives Congress (APC) has caused a sharp division within his camp, reports ‘Dare Odufowokan, Assistant Editor

Allies of former President Goodluck Jonathan are sharply divided over an alleged plot by some chieftains of the ruling All Progressives Congress (APC) to drag the ex-President into the 2023 presidential race on the platform of the ruling party. The Nation gathered that while Jonathan is reportedly yet to take a decision on alleged pressure on him by the APC chiefs, many of his known allies are said to be already working with the promoters of the plot in preparation for the 2023 elections. This is just as a good number of his associates have also made it clear they will not support him should he leave the opposition Peoples Democratic Party (PDP).

“The plot is to bring Jonathan in and support him as a presidential candidate on the agreement that he will do just a term in office and allow power to return to the north. Constitutionally, he cannot vie for another term. So his choice is being promoted by some northern governors and chieftains of the APC as a way to douse the agitation for zoning and also truncate the presidential ambition of a particular southerner. Many meetings have been held on the matter and though the former president is yet to consent to the plan, there are strong indications that he may consider the offer and join the APC eventually.

“As part of the moves, some associates of the former president are expected to leave the PDP and join the APC soon. Once that start happening then you should know the deal is struck and Jonathan will be coming to try and get the ticket of the party ahead of 2023,” our source said, adding that “and to make things easy, the APC, influenced by the governors, has amended its rules to pave way for new comer into the party to vie for tickets. That move is part of the strategies to soften the ground for Jonathan and others would be defectors into the APC.”

The body language of the former president, according to political observers, has also changed since talks about the possibility of his seeking a return to the presidency in 2023 gathered momentum. When asked recently by journalists whether he would be joining the presidential race in 2023, he stated that “It is too early to talk about that.” Analysts have also been pointing to the increased rapport between the former president and President Muhammadu Buhari, as well as the not too cordial relationship he maintains with the leadership of the PDP, as indications of things likely to come as 2023 draws nearer.

Sources said a group led by an ally of the former President, who is also a chieftain of the APC in Bayelsa State, is already working with the promoters of the idea on how to fly the project. The parties are said to have met on occasions to discuss the modalities. “The APC governors want the campaign to start from the South-south, being Jonathan’s base. It is expected to be taken to other parts of the south before they will give support to it up north as agreed. They have also assured us that they will convince the APC to give its 2023 presidential ticket to the former President. A lot of individuals and groups will be part of it all,” our source claimed.

The Nation gathered that as part of the plot to sell the candidacy of the former president within and outside his zone, an agitation for the South-south to be allowed to present a candidate that will complete its second tenure in 2023, will be mounted. “This is to make the people of the South-south see the project as theirs, and to also appeal to pro-zoning elements across the country. Jonathan was denied a second term in 2015 and by extension, the South-south is now the only zone that wasn’t allowed to rule for eight years. That is something we intend to capitalize on as we sell his candidacy,” our source added.

But Yobe State Governor, Mai Mala Buni, who is also the Chairman, APC Caretaker and Extra-Ordinary Convention Planning Committee, said the party is not wooing Jonathan for the 2023 presidential race on its platform. He added that APC governors’ visit to Jonathan was solely to congratulate him on his birthday and to honour him as a former Nigerian leader. He however said the party is open to people who are willing to join, recalling that his committee’s efforts have attracted many erstwhile leading opposition figures like Governor Dave Umahi of Ebonyi State into the APC.

On his part, Jonathan recently reacted to the stories making the round when he said he is still in the PDP. According to him: “PDP has been a very friendly party. I am a member of PDP and I know from the beginning till today, it has been a very friendly party. PDP is a party that carries everybody along and we should extend that to Bayelsa State.”

But it appears that the alleged plot, especially indications that it is being promoted by largely northern chieftains of the ruling party, is not being viewed the same way by the former president’s supporters. While The Nation gathered that some of his allies are already working as a group to push the idea and convince Jonathan to make the move into the APC when the time comes, some very close associates of the former governor have expressed objections to the plot, warning the ex-president to be wary of those urging him on. According to reliable sources, many of them are former coordinators of Jonathan’s campaigns in the past.

During the week, supporters of the former president under the auspice of Goodluck Jonathan Support Group (GJSG) state coordinators, called on him to shun all entreaties “aimed at luring him to dump his political home which is the PDP, and jump into the danger-laden uncertainties of the ruling party.” The group, speaking after a meeting in Port-Harcourt, capital of Rivers State, reiterated its earlier threat to withdraw support for Jonathan, should he leave the PDP for the APC. “We want to say it again that as loyal members of the PDP, we will not follow anybody to the APC just because we adore him or her,” GJSG said.

The Nation gathered that the meeting of the coordinators was convened following fears that the rumoured talks between Jonathan and some APC governors may turn out to be true. According to the Chairman of the coordinators, Hon. Alfred Emiloju Esomijumi, “we have made efforts to get to the root of the rumour and we are not convinced that it is all lies. On a daily basis, we are getting indications that something may be going on behind the curtains and that is why we deemed it important to quickly speak our mind and make our position on the unfolding political drama known.

“It is not for fun that some of the people we see as leaders in the ex-President’s camp will be favouring the ruling party against our own party on some issues. It is not also mere co-incidence that some people who left us in the past are now regular visitors to some of our leaders. We have waited long enough for somebody to clear the air on all these happenings but nothing has been done. We remain solidly committed to the politics of Dr. Jonathan as he remains a leader yet to be equaled in this country. But we will not sacrifice our loyalty to our dear party for our love for his leadership and person.”

Also, Comrade Zik Gbemre, National Coordinator, Niger Delta Peace Coalition, wants Jonathan to be careful of the many offers coming his way ahead of the 2023 presidential election. “He is a citizen of this country who enjoys all rights to vote and be voted for in the 2023 presidential election. He still has the window to contest since he ruled for just one term. However, if I were Goodluck Jonathan, I will not accept the pressure from the North or anywhere else to contest any election again. Knowing the type of politics played in Nigeria, it may just be an attempt to dent his image further.

“Jonathan achieved a lot when he calmly conceded defeat and accepted the outcome of the 2015 presidential election. What else does Jonathan want to achieve? What is it that Jonathan could not do well, with nearly six years as the President of Nigeria? Jonathan should be very careful not to accept any Greek Gift, either from any person or any other geopolitical zone of the country,” he said.

But on Thursday, another group of Jonathan’s supporters, in a release signed by Comrade Godknows Kpodoh, lambasted Esomijumi and his group over their stand on the matter, describing him and others with him as ‘impostors who are out to truncate our leader’s steady march back to political leadership.” Kpodoh said his group, Coalition for President Goodluck Jonathan (CPGJ), “unlike GJSG, is well known and recognised by Jonathan and his associates all over the country. “We will support Jonathan anywhere he goes. He is the hope of this country and we the young ones will not fold our hands at this crucial time. It is unfortunate that some impostors are already paid to truncate this steady march,” he lamented.

The Nation also gathered that some allies of the former president, dissatisfied with certain developments and determined to do all they can to forestall any plan by Jonathan to switch camp ahead of the 2023 elections, discreetly urged some PDP leaders to visit the ex-president in Abuja recently.  The immediate past Senate President, Dr. Bukola Saraki, has led the high powered Reconciliation Committee of the PDP to the meeting. The visit, according to the committee, is geared towards closing ranks, settling rifts and bringing about consolidation ahead as intrigues relating to the 2023 general elections unfold.

Others on the trip included former governors of Gombe, Katsina and Cross River states; Ibrahim Dankwambo, Ibrahim Shema and Liyel Imoke respectively. Others are ex- Secretary to the Government of the Federation, Senator Anyim Pius Anyim; and former House of Representatives leader, Mulikat Adeola-Akande. Sources told our correspondent that the PDP leaders used the opportunity of the parley to urge Jonathan to ignore all entreaties to him by the APC as it will not be in his favour politically

.Meanwhile, it is yet to be ascertained whether the meeting has finally ended speculations about what the former President will do next.