The closure causes logjams on the busy road, even as the Commissioner for Transportation, Dr Frederic Oladeinde, has remained silent on the opening since the announcement of temporary restrictions to vehicular movements on the bridge.

The Lagos State government had, on January 10, announced the closure of the bridge following the inferno that occurred on the expressway as a result of an explosion from a tanker. 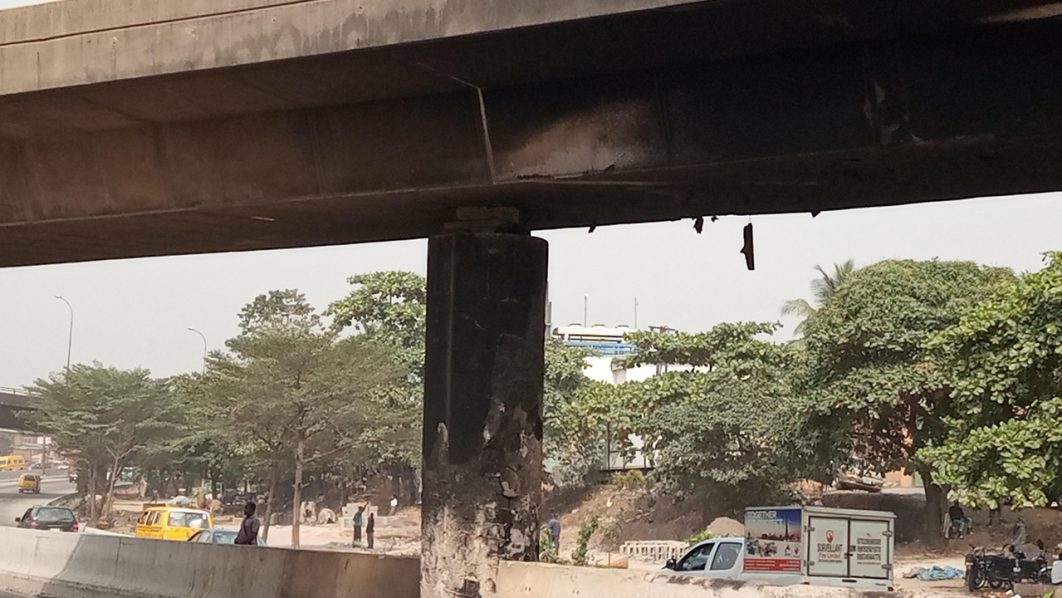 The burnt bridge
Motorists who spoke with The Guardian said the sordid state of the alternative routes, especially Daleko-Aiye-Osolo, airport axis, had made them drive against traffic (one-way) from Charity through the bridge to 7&8 Bus Stop.

One of the road users, Goke, said the road linking Daleko and Aiye to Osolo Way was in a state of total disrepair and would get worse with the diversion of traffic to the axis if the government kept the bridge shut ad infinitum.

“The closure is for our own good, but we are caught between taking the risk of plying one-way from Charity and taking this route. On a good day, Aiye junction is a bottleneck with traffic at all times of the day. The traffic jam there has now been compounded with the diversion with no information on when the integrity test would start or end on the bridge.”

A bus driver, Tochukwu Eze, said while driving against the traffic, a trailer, who also drove ahead, almost fell. He added that if the government failed to give the road urgent attention, scores of accidents would be recorded.

While motorists are pleading that the government should reopen the bridge, they appealed to Governor Babajide Sanwo-Olu to help fix some of the roads leading to Osolo and Daleko to reduce the agony of plying the road, especially with the Airport Bridge closed.

MEANWHILE, okada riders have taken to the closed bridge for commercial purposes. Yesterday, The Guardian observed traders at Ladipo market and staff of nearby companies patronising the okada riders on the bridge, which is said to be undergoing integrity tests.

It was also observed that the linking bridge has been converted to Foot Bridge for those heading to Afariogun and Charity axis of Oshodi.