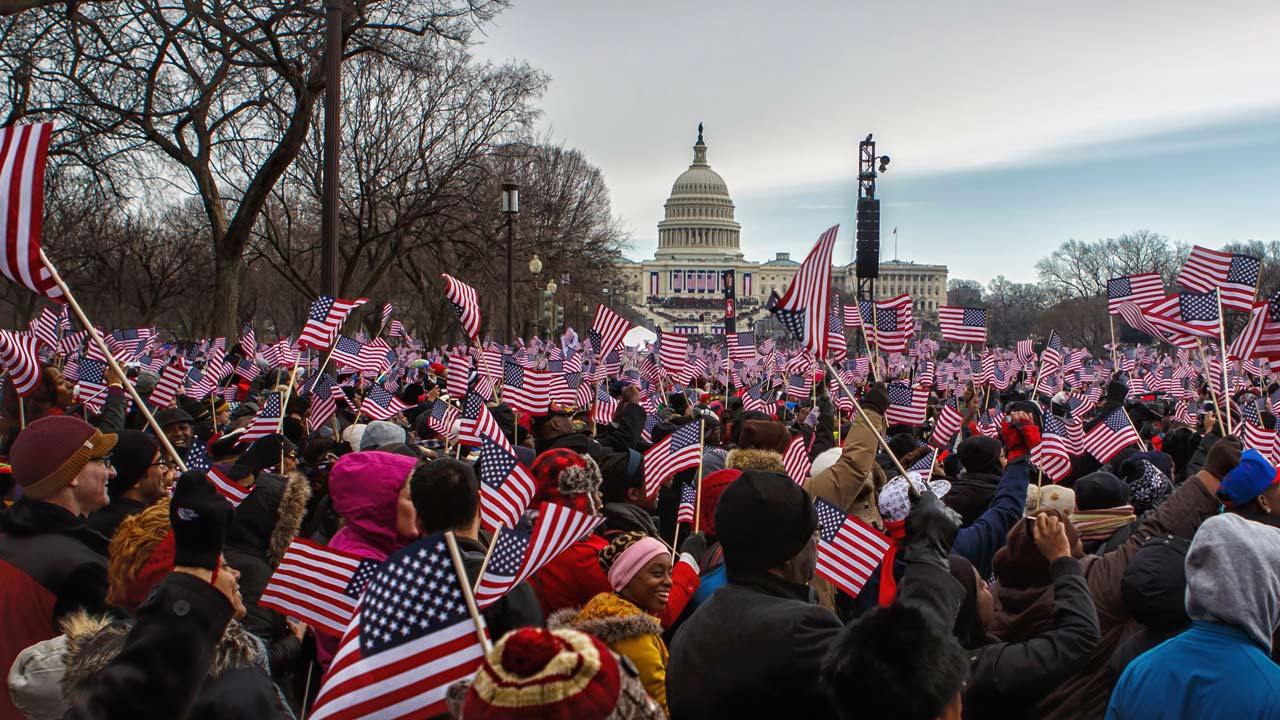 It is the end of the road for the United States President, Donald Trump, who fought unsuccessfully to remain in office by approaching court to upturn his defeat by Joe Biden, who will be inaugurated today.

Although he had consistently insisted the election was flawed and stolen from him, it appeared the odds were simply against him. As a result, he reluctantly surrendered power but refused to concede, including participating in today’s inauguration.

Following the violence that trailed Biden’s validation sitting at the U.S. Capitol on January 6, 25,000 National Guard troops are now in Washington DC for the inauguration of Biden as the next President of the United States.

The FBI, in an intelligence report it said was obtained by Washington Post, revealed that some persons downloaded maps of sensitive areas around Washington and talked about how those locations could be utilised to penetrate security.

The intelligence report warned that QAnon members and “lone wolves” indicated they planned to travel to Washington for Biden’s swearing-in ceremony today”, the Post said.
Sources have also noted that while departing the White House as President and first lady, Donald Trump and Melania Trump would not invite their incoming counterparts, Joe and Jill Biden, inside before they go.

Instead of a president and first lady, the White House chief usher, Timothy Harleth, according to a source familiar with the day’s events and planning, will greet the Bidens. Harleth, a 2017 Trump hire from the Trump International Hotel in Washington, will likely not stay on in the Biden administration, the source said, noting the role of chief usher in all probability will be filled by someone more familiar with the incoming President and first lady.

In the afternoon today, President Biden will participate in a ceremonial wreath-aying at Arlington National Cemetery, joined by former Presidents Bill Clinton, George W. Bush and Barack Obama. It is during these hours the bulk of the Bidens’ personal effects will be moved into the White House and unpacked, according to another source with knowledge of executive residence practices.

Meanwhile, Biden plans to sign dozens of executive orders and send wide-ranging bills to Congress in his first days in office, aiming to roll back some of Donald Trump’s signature policies on immigration and climate change, while taking action to ramp up the government’s response to the coronavirus crisis.

According to a recent memo by his incoming Chief of Staff, Ron Klain, interviews with several of Biden’s advisers and a review of campaign promises, Biden would seek a $1.9 trillion spending proposal aimed at accelerating the distribution of coronavirus vaccines, while providing economic relief to millions of Americans hurt by the pandemic.

He will also impose a mask-wearing requirement on all federal property, planes and buses, extend relief on federal student loan payments and extend an eviction moratorium.
Biden will as well sign an executive order that will help schools and businesses reopen safely, expand coronavirus testing and establish clearer public health standards.

In addition, he would direct federal agencies to take immediate action to deliver economic relief to working families bearing the brunt of the crisis and return the United States to the World Health Organization (WHO). Trump withdrew from the agency, saying it failed to properly oversee the COVID-19 pandemic.

In the areas of climate change, Biden is expected to bring the U.S. back into the Paris Climate Agreement. The global pact was sealed five years ago among nearly 200 nations to avoid the worst impacts of climate change. Trump pulled U.S. out of the agreement in November 2020, having vowed to do so in 2016. He would also re-impose methane pollution limits for new and existing oil and gas operations repealed by Trump.

According to the CNN, he will use the federal government’s procurement system, which spends $500 billion every year to make facilities more reliant on clean energy and purchase zero-emissions vehicles.

“He will ban new oil and gas permit on public lands and waters, including the Arctic National Wildlife Refuge. Cancel the permit for the Keystone XL Pipeline, which would carry oil from Canada to the United States,” CNN reported.

The new President, in the area of immigration, would revoke the ban on almost all travels from some Muslim-majority countries. He is also sending to the Congress a sweeping immigration bill that could ensure that millions of immigrants living in the United States without legal permission are legalised.

Also, he is reinstating the programme allowing “Dreamers,” people who were brought to the United States illegally as children, to remain in the country, reverse Trump’s policy that separated immigrant parents from their children at the border, including ending the prosecution of parents for minor immigration violations, and prioritise the reunification of children still separated from their families.

CNN reported that he would “reverse Trump’s more restrictive asylum policies, such as imposing additional restrictions on anyone travelling through Mexico or Guatemala and attempting to prevent victims of gang and domestic violence from receiving asylum.

“End Trump’s National Emergency declaration that allowed him to shift federal funds from the Department of Defence to build a wall along the U.S. border with Mexico.”Biden will also order an immediate review of Temporary Protected Status (TPS) for vulnerable populations, who cannot find safety in their countries ripped apart by violence or disaster.

MEANWHILE, the screening of Biden’s cabinet nominees in the Congress has already started. Biden’s pick for the State Department, Antony Blinken, said he would tell the Congress of his plans to emphatically redirect the trajectory of U.S. foreign policy after four years of Trump administration, rebuilding and reengaging alliances to confront transnational threats ranging from Russia and North Korea to climate change.

Blinken is one of the national security nominees to appear before Senate confirmation hearings, a signal of the new President’s desire to ensure there are no national security gaps after the deadly insurrection at the Capitol by Trump’s supporters and amid ongoing concerns about extremist violence.