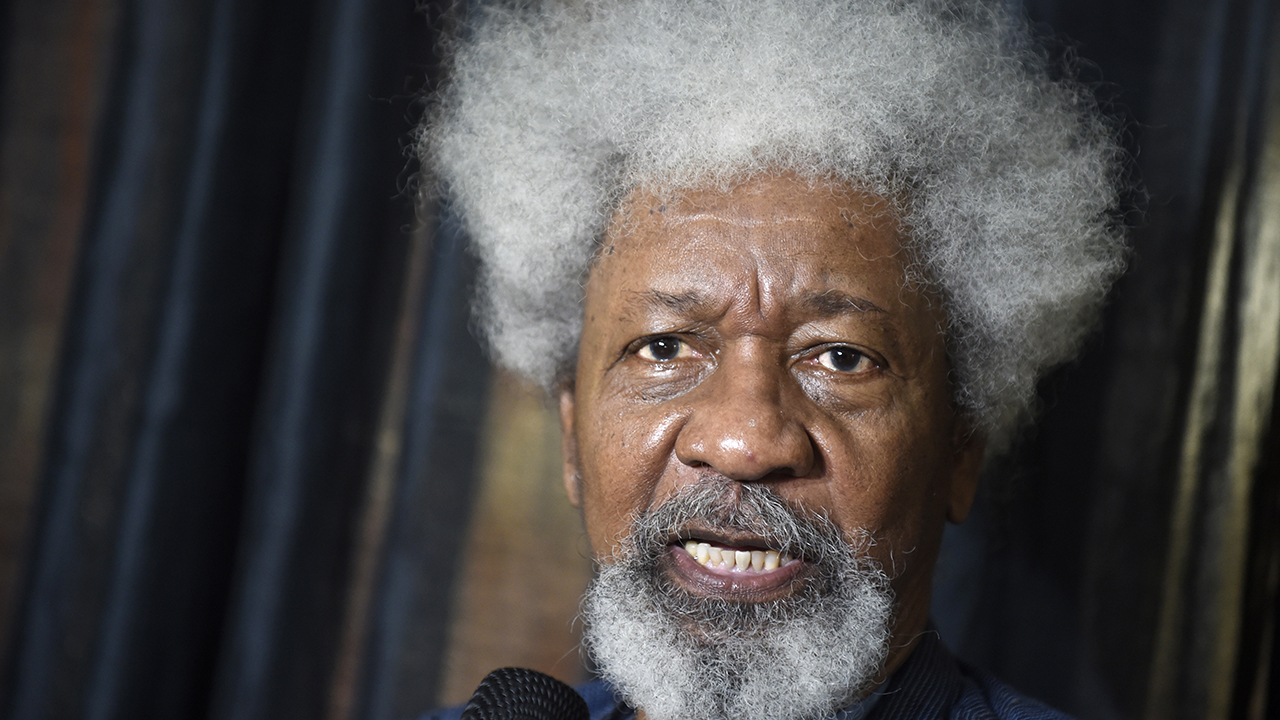 The venerable writer and 1986 Nobel Prize winner in Literature, Prof. Wole Soyinka, has called on Nigerians to take extreme care before imputing any act or pronouncement as an attack on faith.

He was reacting to the criticisms that have followed the Christmas Day speech of the Catholic Bishop of Sokoto Diocese, Matthew Kukah, including one by a group – Muslim Solidarity Forum – which asked Kukah to apologise or leave Sokoto, a state in the Muslim-dominated North.

Soyinka, in a statement issued yesterday and titled, “The Kukah offence and ongoing offensives”, said such threats were diversionary from the main critical issues, which the cleric raised in his message that were obvious concerns of many Nigerians.

The bishop had accused President Muhammadu Buhari of institutionalising northern hegemony while reducing other parts of the country to second-class status.

While lashing out at those who criticised the speech, the playwright noted that their threats to excommunicate Kukah should not be condoned.

He said: “The furore over Bishop Kukah’s statement offers us another instance of that domineering tendency, one whose consequences are guaranteed to spill over into the world of both believers and non-believers, unless checked and firmly contained. In this nation of religious opportunism of the most destructive kind especially, fuelled again and again by failure to learn from past experience, we must at least learn to nip extremist instigations in the bud.

“When any individual or group, however lofty and privileged in its own self-regard, orders a citizen to quit his or her chosen place of habitation, then the very concept of nation being is nullified.”

The poet recalled that this was not the first time the fundamental principle of co-existence is being challenged.

Soyinka continued: “Still fresh in one’s mind was the mode of response by the Inspector General of Police to a similar violation by a northern youth organisation a few years ago when that group pronounced a deadline for Igbo to quit their abode throughout the northern territory of Nigeria.

“It was a dangerous, provocative act, incendiary under any condition. That worthy maintainer of law and order was asked – and I recall this distinctly – why he failed to take action against this incitement to mayhem, such as even inviting the self-acknowledged leaders for a chat.”

That question was of course posed in the context of the starkly contrasting ‘rapid response’ agility by state security agencies, when a similar inciting proclamation was made by an Igbo group ‘expelling’ northern citizens from their territory.

His answer was: such action would have security implications. By contrast, the Igbo group was proscribed as a terrorist organisation. It should be chastening to any government that its proclamation remains ignored internationally.”

The Nobel Laureate said: “I have studied the transcript as reported in the media and found nothing in it that denigrates Islam.

“The timing of Bishop Kukah’s Christmas message, and the ensuing offensives could not be more fortuitous, seeing that it comes at a time when a world powerful nation, still reeling from an unprecedented assault on her corporate definition, is now poised to set, at the very least, a symbolic seal on her commitment to the democratic ideal.”

Soyinka noted: “We are compelled to remind ourselves that religion is upheld, and practised, not by robots, not by creatures from outer space, not by abstract precepts, but by human beings, full of quirks, frailties and conceits, filled with their own individual and collective worth, and operate in the here and now of this very earth. That makes religion the business of everyone, especially when it is manipulated to instill fear, discord and separatism in social consciousness.”