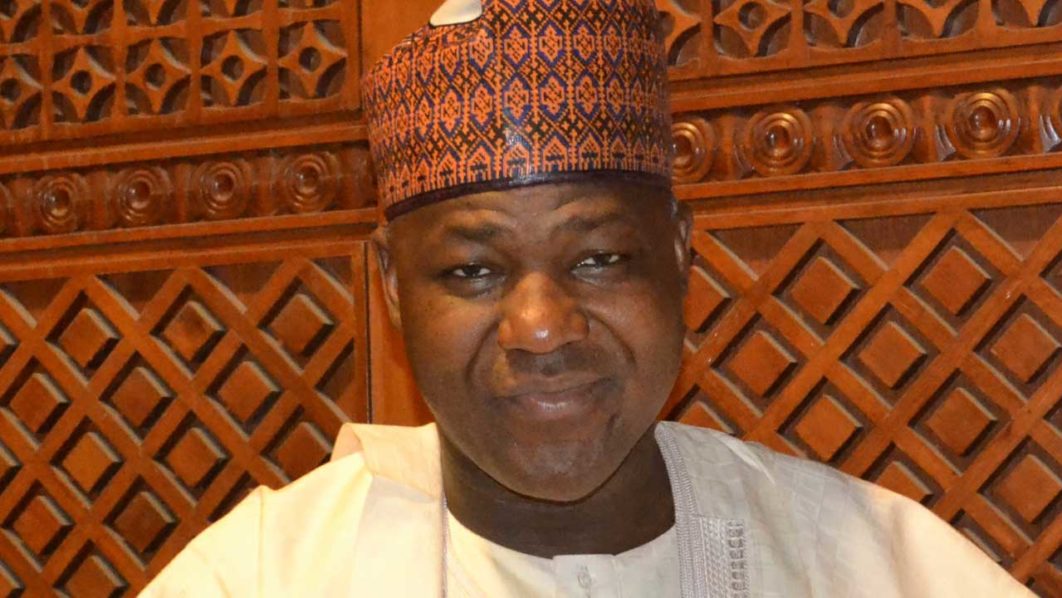 Immediate past governor of Bauchi State, Mohammed Abubakar, believes his loss in the 2019 governorship poll to Governor Bala Mohammed remains inexplicable, especially given that his party, the All Progressives Congress (APC), won a majority of the House of Assembly seats.Also, out of the three senates and nine House of Representatives seats, APC cornered all except the Bagoro/Dass Federal Constituency that former Speaker Yakubu Dogara, won on the Peoples Democratic Party (PDP) platform.

In an interview with The Guardian, the former governor said he was a victim of an elite conspiracy, noting that after a repeat election in some polling units showed that some entrenched forces were out to ensure that he did not get a second term in office.

During his tenure as governor, Abubakar faced a lot of obstacles such that in the months leading to the election an orchaestrated media campaign that sold the governor as a citizen of Kogi State dominated public discourse in the state.

The former governor was also accused of plotting to succeed President Muhammadu Buhari at the expiry of the president’s tenure. But, describing the allegation as part of the elite gang up against his administration, Abubakar disclosed that he was about the only northern governor that did not lobby to be Prof. Yemi Osinbajo’s deputy when the President was attending to his healthcare in London.

Abubakar’s trouble during the 2019 governorship poll in Bauchi doubled when a rerun election was scheduled for 11 Registration Areas in Tafawa Balewa Local Government Council of the state. And coming at a time when the cancellation of the entire exercise in the local council by Prof. Mohammed Kyari was reversed, the then governor’s fate was put in the hands of his estranged political ally, Dogara.

At the height of the electoral discrepancies and disputations, the Returning Officer, Prof. Kyari claimed that 45, 312 votes were cancelled. But the fact-finding Committee put together by the Independent National Electoral Commission (INEC) settled on 2, 533 as the actual number of votes from Ningi Local Government Area instead of 25, 330 as was earlier recorded.

By the time Tafawa Balewa was regenerated and added, PDP scored 509,522 leaving APC with 495,315 and a difference of 14,207 votes. While the people waited for a rerun, PDP was leading with 14, 207, while the total expected votes from the rerun were 23, 000. The picture that emerged did not favour Governor Abubakar and APC, because going by the established pattern of voter turnout and preferences, it was most unlikely that APC would get all the 23, 000 votes to wipe out Bala Mohammed and PDP’s tally of 14, 207, especially given that PDP and Bala needed just 9, 000 votes out of the 23, 000 to sustain its lead.

Moreover, out of the 23, 000 registered voters in Tafawa Balewa LG, only about 14, 000 collected their Permanent Voter Cards (PVCs). The scenario was made worse by the fact that the area where the rerun was expected to hold happened to be Dogara’s stronghold.

Readying For A Repeat Contest
ONE year after the tension-soaked electoral contest in Bauchin Yakubu, Dogara and Governor Bala Mohammed fell apart leading to the former Speaker’s detour to APC. Having returned to the federal governing party, Dogara had to team up with his former ally, Mohammed Abubakar.

Now, the singsong in some quarters is that Governor Bala Mohammed would suffer Fayemi fate in the 2023 governorship. Those who express such optimism say that the governor is playing exact same exclusive leadership style that cost Governor Kayode Fayemi his second term in 2014.

The incumbent governor seems to believe that a rematch is inevitable and that knowledge has been firing him towards good governance and political calculations.

For instance, two weeks before his inauguration on May 29, 2019, Senator Mohammed accused his predecessor of piling up a debt profile of N96billion for the state.  Senator Mohammed, who spoke through the then head of Transition Committee, Mr. Ladan Salihu, accused Abubakar of exceeding the N57billion he inherited from Isa Yaguda.

The incoming administration wondered why Bauchi State’s debt profile skyrocketed despite the huge receipts from the Federal Government through bail out and Paris club refund. Lamenting that the worsening debt burden of the state would make it hard for the incoming administration to live up to its obligations, including payment of workers’ salaries and emoluments. As the governor-elect then, Mohammed queried the rationale of granting the state lawmakers a pension of N250,000 each per month for life, employment of over 1200 unqualified individuals into the civil service and the creation of additional District, Village areas and hamlets.

Mohammed also frowned at the repeal of the Bauchi State Public Property and Funds Recovery Tribunal Law 2017, saying it was akin to opening the window of opportunity for corruption and looting of government property.

Thus, on the assumption of office, one of the first steps taken by Governor Mohammed was to set up a panel of inquiry into the sale of government properties and other related matters. Although the panel was empowered to investigate Abubakar’s administration and the one preceding it, many people perceived that the new administration was out to rubbish the immediate past tenure of M. A. Abubakar.

With eyes on a possible repeat contest, Governor Mohammed also went ahead to pit the leadership of the state Assembly against the former leadership, particularly as only five out of the old members made it back to the state legislature.

Abubakar/Dogara Realignment
Unfolding political circumstances in the state forcefully united former Governor Mohammad Abdullahi Abubakar and Yakubu Dogara, who had parted ways after the 2015 election. Abubakar had exulted at the height of the build-up to the 2019 election, described Dogara as a lightweight politician, whose influence could not have affected his reelection into the office.

The rerun poll in Tafawa Balewa LG provided Dogara the opportunity to reply the ex-governor intact. Adopting the toga of opposition, Dogara, while in office as Speaker of the House of Representatives spent time and resources to ensure that Abubakar, who he described a non-indigene of Bauchi State, did not return to power in 2019. Dogara endorsed and campaigned for the incumbent Bala Mohammed.

Dogara and Mohammed had also clashed before the latter celebrated one year in office, as the former Speaker accused the incumbent governor of mismanagement. The former Speaker also alleged that Governor Mohammed derailed from their electioneering promises, a development he said forced him to return to APC and join hands with Abubakar to dislodge the incumbent.

Can Dogara succeed in denying Governor Mohammed a second term mandate or would extenuating political circumstances prove him (Dogara) as a lightweight politician as Abubakar once said?

The former lawmaker assured that Abubakar and Dogara would work together in the coming general election. Also, a party chieftain told The Guardian that the alignment between Abubakar and Dogara is a forceful one. “But, Abubakar should know that he betrayed the people and APC in the state. Though, he is free to contest, but ultimately, power belongs to God and the people.”

Incumbency Gyrations
AS incumbent, Governor Bala Mohammed has not lost focus on his determination to deliver quality service to the people. He has been implementing populist programmes, especially in the educational, infrastructure, health and agricultural sectors.

But, while the governor is busy concentrating on governance, he does not seem to have swift political strikers for competitive action in the state. The lack of forward-thinking in political strategies played out during the December 2020 Dass State Constituency by-election to fill the void caused by the assassination of the late member, Musa Mante Baraza of APC.

Coming shortly after Dogara returned to APC, it was obvious that the by-election was to test the governor’s political strength against the former Speaker’s, particularly as every indicator favoured Dogara.

Days before the by-election, watchers of the power play in Bauchi said despite suffering defeat in 2019, APC remains the party to beat in the state, especially come 2023 elections.

It was perhaps the shocking defeat of PDP in the by-election that the state government left no stone unturned in the Local Government Council poll. Upholding the pattern in most states, PDP cleared the chairmanship and councillorship positions.

However, after the results were announced, the majority leader of the state Assembly, Tijjani Aliyu, told The Guardian in an interview that the APC (majority) caucus of the Assembly rejected and dissociated itself from the council poll. He faulted the exercise, stressing that as far as they were concerned, there was no council election in the state.

“This is not peculiar to only Bauchi State, it is generally in Nigeria. There is no point in keeping state independent electoral bodies they should be scrapped. Everyone knows that the ruling party in any state will always clear all the seats in the state.”

The APC members, who dominate the House of Assembly, are apparently angry with Governor Mohammed for affording them no foothold in their respective councils. Sources said they are regretting their support to the executive arm.

A member, who pleaded anonymity, wondered “why APC was unable to win even a councillorship seat across the 20 councils. That is greediness. We must do something.”

Are the long knives out in Bauchi State? How far could Governor Bala Mohammed, who is also associated with a possible presidential run, go in surmounting the usual elite conspiracy in the state politics? Could the masses or his track record save his second term aspiration? Bauchin Yakubu remains a state to watch.