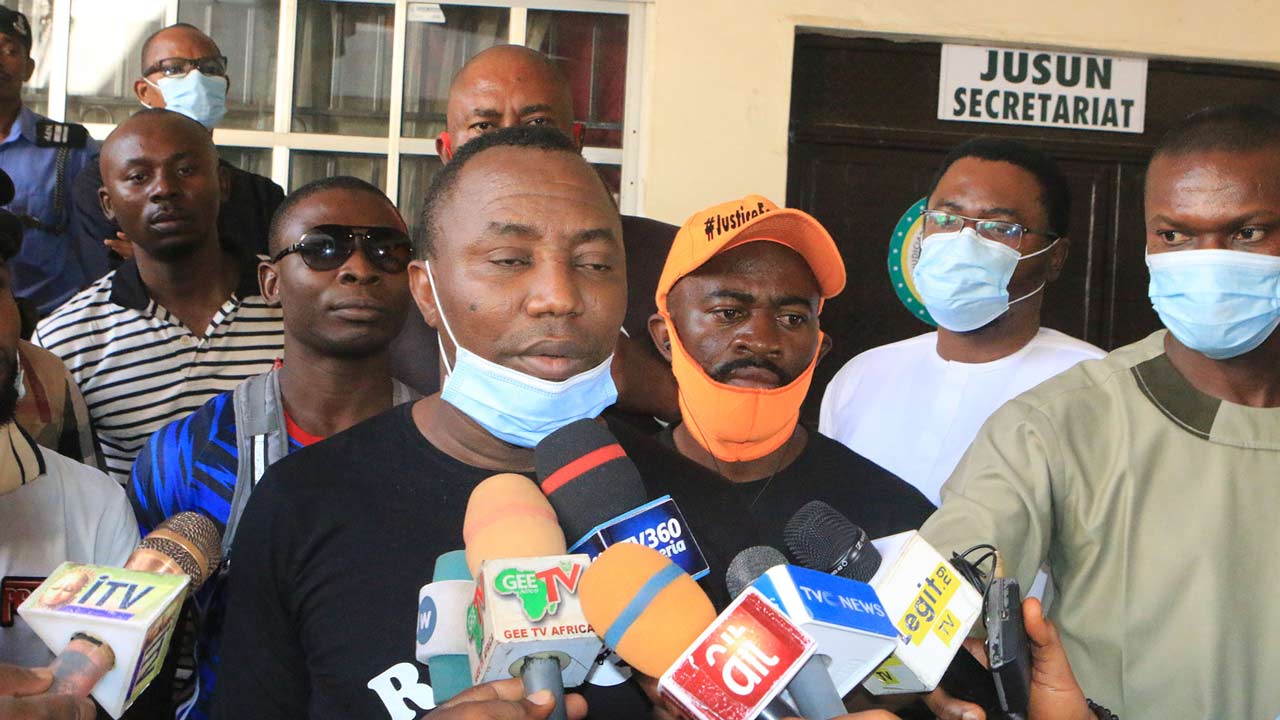 The Magistrate Court sitting in Wuse Zone 2, Abuja, yesterday, ordered that the publisher of Sahara Reporters, Omoyele Sowore, and four other activists be remand in Kuje Correctional Centre.

They are expected to remain in custody pending the hearing of their bail Sowore and other defendants were arraigned on three-count of criminal conspiracy, unlawful assembly and attempting to incite others. The activists, however, pleaded not guilty to the charges levelled against then.

They were earlier arrested for holding a protest against bad governance on New Year eve in Abuja and subsequently taken to a police unit known as ‘Abattoir’ in the Lokogoma area of Abuja.

“We have been sent to the infamous Kuje Prison for the next 24 hours while they plot their next moves. But we are very resolute and convinced that this year will be different for the tyrant! #RevolutionNow,” Sowore tweeted on Monday.

Sowore had earlier described his detention as “cruel”, stressing that he would be “undaunted until full liberation is attained.”

He added: “We are currently at the Magistrate Court in Wuse Zone 2 with a broken nose. Police want us sent to prison after five days in cruel detention.

“Just rest assured we are solid and undaunted until full liberation is attained! # RevolutionNow.”

Before his arrest, the activist sent out series of tweets calling on Nigerians to join him on a protest against the regime of President Muhammadu Buhari.

He had tweeted: “How about a crossover protest/uprising tonight? Anyone willing to participate? Pick up a candle and a placard showing your grievances against the regime; let’s upload our short videos and photos across our social media platforms. Let’s welcome the regime to a resolute 2021!

#CrossoverWithProtest against tyrant @mbuhari’s regime, candlelight for #LekkiMassacre; a placard for #EndBadGovernment; procession to usher in #Revolutionary 2021, a fist for victims of repression-frozen bank accounts, malicious prosecution and detention of #EndSARS activists.

#Crossoverwithprotest starts at 11:30 till 12:30 am across Nigeria, a candle, a placard and fireworks to usher in a RESOLUTE 2021 in Nigeria! Join with your friends and neighbours.

admin February 7, 2019 No Comments
viagra generic can veterans get...