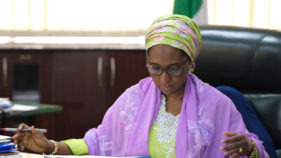 Though the economy is expected to exit recession in the new year, the Organised Private Sector (OPS) is wary about the business environment and economy outlook, citing the sluggish pace of reform implementation and uncertainty as key challenges.

While economic discourse globally and domestically will centre on recovery in the coming year, the OPS noted that the resurgence of the pandemic is a threat to global economic recovery, adding that the economy risks dipping further if the pandemic persists beyond the first quarter.

They stated that the Nigerian policy environment remains characterized by uncertainty, as the inconsistent and unpredictable nature of the policy and regulatory environment continues to hurt long-term investment planning and business projections.

They also noted that the alarming rate of insecurity in the country tarnishes the perception of Nigeria in the global investment community as no rational investor would commit his resources in an insecure environment. They said insecurity has significant implications for food production, youth unemployment, investment, and economic growth.

The Lagos Chamber of Commerce and Industry (LCCI) noted that without bold policies on structural issues, desired regulatory and institutional reforms, constraints to the ease of doing business, including forex shortage, escalating production costs, high regulatory costs, infrastructure inadequacies, and delayed cargo clearance would persist into the new year.

The chamber projected that the sluggish pace of recovery would continue to subdue consumer demand, albeit the impact on earnings performance would be disproportionate across sectors. It noted that while most MSMEs would struggle to survive in the year 2021 amid unfavorable economic conditions, most large corporates would be expected to demonstrate resilience in the coming year.

In its economic outlook for 2021, the LCCI, through its Director-General, Dr. Muda Yusuf, stated that if the pandemic persists till the first quarter of next year, the Federal Government’s policy direction would most likely change.

With the expiration of the Nigerian Economic Sustainability Plan (NESP) in the first half of 2021, the LCCI said the Federal Government would most likely come up with a new national economic development plan to succeed the NESP and Economic Recovery and Growth Plan (ERGP), thus guiding the policy direction of the government in the short to medium-term.

“Accelerating the pace of economic recovery requires fiscal and monetary authorities to promote growth-enhancing and confidence-building policies that would encourage private capital to the economy.

“Investment-led growth strategy is critical to inclusive and sustainable growth and economic growth will remain subdued without sustaining and deepening policy reforms. Genuine commitment in implementing key reforms will not only boost output recovery but will also put the nation on a path of macroeconomic stability,” he added.

Analysts at Cordros Securities in their 2021 outlook, also echoed the views of the LCCI, stating that policy-driven action is needed to attract investors and incentivise investments in naira assets.The analysts expressed concerns that though the low level of global interest rates should ordinarily have been a boom for the Nigerian fixed income market, Nigeria is likely to be bypassed, given the current yield environment in the country relative to peer countries, policy flip-flops by economic managers and a distinct lack of forwarding guidance.

This view, according to them, is further contextualised by substantial capital repatriation expected in 2021 as the currency market opens up, signaling market pressure in 2021.

They added that consumer spending is expected to remain subdued while market competition will remain intense with consumers increasingly price sensitive.

“We expect that only innovative companies will outperform. In 2021, we are neutral on the overall sector.

“We see the country’s balance of payments position deteriorating further from this point, leading to significant pressure on the currency. This would require FPIs to remain weak, just as the price of crude oil remains weak or deteriorates, leading to a precipitous decline in reserves and the CBN’s ability to defend the currency.Governor commends TGI Group for investment in Kebbi
Kebbi State Governor, Abubakar Bagudu, has commended TGI Group’s subsidiary WACOT Rice Limited for boosting the government’s food security drive. The company received a $10.5 million (about N4.99 billion) investment partnership boost from the USAID-funded West Africa Trade and Investment Hub (WATIH) for its Argungu Rice Outgrower Expansion Project based in Kebbi State.

Bagudu said that the state government was pleased that the efforts of the Federal Government in the agricultural revolution were being recognised by international bodies like USAID and WATIH.

The governor, who is the Vice-Chairman of the National Food Security Council and also National Champion on Nigeria Rice Revolution, said: “WACOT Rice is the first major rice mill commissioned under the President Muhammadu Buhari administration and the support by both globally-reputable organisations is a big boost for private sector investment in the Nigerian agriculture sector”.

Through this partnership, WACOT Rice will bring into its outgrower network an additional 5,143 farmers to complement its existing investment in the state. The new farmers are expected to cultivate over 5,000 more hectares of land and produce over 20,000 tons of paddy, which will be utilised at WACOT Rice’s 120,000-ton rice mill in Kebbi.

The mill was commissioned by Vice President Yemi Osinbajo in 2017. It produces premium household brands of parboiled rice Big Bull and Patriot.

The average smallholder farmer in Argungu, Kebbi State cultivates about half a hectare of land and earns less than $200 (N95, 000) net income annually, barely sufficient for the needs of a household.

The Emir of Argungu, HRH Alhaji Samaila Muhammad Mera described the partnership and the investment by WACOT Rice as a welcome development. “It is a win-win situation for our farmers, the state government and the people of the state generally”, the traditional ruler further said.

He said the WACOT Rice project was timely coming shortly after the farmers experienced devastating floods that wiped out their farmlands.

On the partnership with USAID and its benefits, Strategy and Business Development Manager of TGI Group, the parent company of WACOT Rice, Habiba Suleiman, says: “The overall impact is to enhance yield per hectare and help farmers better their livelihoods. In terms of their earnings, this project will help them to be able to send their kids to school, access better livelihoods, access better healthcare and to have better nutrition, and quality of life”.

“With this new co-investment partnership, smallholder farmers in Kebbi State can increase yields and improve the livelihoods of their families”.

WACOT Rice disclosed that it would be placing a strong emphasis on women and youth, with at least 50 per cent of the new farmers trained to be women and 70 per cent of all the farmers under 30 years old.

The Group Managing Director of TGI Group, Rahul Savara laid emphasis on the Group’s mission to always add value to its communities. “No doubt, this project not only supports our drive to support the government in achieving food security in Nigeria, but it also allows us to support our community, Kebbi, which was ravaged by a flood just a few months ago. For us, sustainability is a way of life. Therefore, we will continue to explore avenues to grow sustainably, while supporting others”.

WACOT Rice Limited operates a state-of-the-art rice mill in Argungu where it produces Big Bull Rice. It is one of the largest rice mills in Africa and sources paddy from various paddy producing states across Nigeria. WACOT Rice also engages in out-grower farming programmes with paddy farmers to boost their yields and guarantees off-take of paddy from farmers through buyback arrangements. WACOT Rice is a subsidiary of TGI Group.

Tropical General Investments (TGI) Group is a global conglomerate with a majority of its investments based in emerging markets. TGI’s investments focus on driving inclusivity and value addition using locally sourced raw materials, state-of-the-art manufacturing facilities, and a highly skilled workforce to produce world-class products that are consumed both locally and exported to global markets.