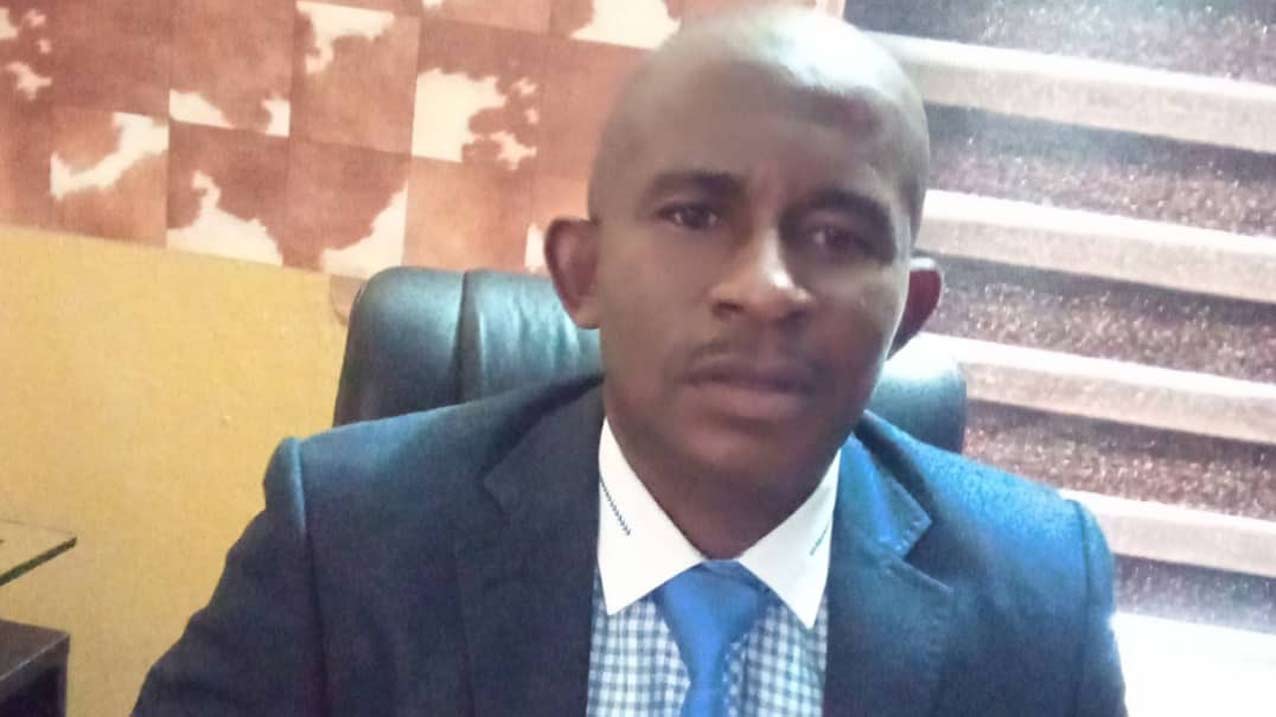 What danger does the recent burning down of courts by hoodlums in the aftermath of the EndSARS protests portend for the judiciary?
It is a big setback for the judiciary, particularly judges, lawyers and litigants. I spoke with a lawyer after the incident and he told me about a case he has been handling for 13 years and he was on his last witness before the arson happened. In fact, he told me that if not for the inability of a counsel to attend court for the last proceedings, he would have taken the last witness. So, you can imagine this kind of situation.

There are several other cases in that court with longer lifespan that would now have to start afresh because of the unfortunate incident. As far as I am concerned, the development was a big setback for administration of justice.

Although the Chief Judge of Lagos State, Justice Kazeem Alogba, has urged counsels to assist the court with case files and other documents, what about the exhibits? Most exhibits would have been destroyed. So, where do we start?
The most unfortunate thing is that one cannot place the incident within the ambit of the demonstrations by #EndSARS protesters. Even if those who carried out the nefarious act are saying they don’t trust the judiciary, it still remains the last hope of the common man whether they like it or not. Cases can only be settled at the court. Besides, the judiciary still remains the only arm of government that is still functioning in the country. Destroying that arm of government is a sad occurrence and a setback. They will have to do soil tests, structural tests and so on. So, it may take a year or more before the court could come back on track depending on government’s seriousness, especially given the fact that the judiciary has not been allowed the necessary freedom to operate. The judiciary’s lack of independence is another thing and if there is, the chief judge can swing into action immediately and repair the damages done but he will still have to go and take approval from executives.

Do you think Nigeria has learnt anything from the protests looking at the way various governments have been handling the aftermath?
The only thing is that people are looking at the issue of #EndSARS from the narrow perspective that it was an agitation to end the excesses of the Special Anti-Robbery Squad (SARS), a unit in the Nigerian Police. But I consider it as a total rejection of the present political order. It is a total awareness and reawakening of the minds of Nigerians. It is a total call to reaction, to the leaders that Nigerians are no longer fools. In this country today, it is only politicians that are enjoying our wealth. The greatest problem we have today is the National Assembly because the money that the legislators, who are less than 1000 people collect, is enough to upgrade the entire Federal Universities to standard levels. Nigerians as of today do not even know the amount paid to each of the lawmakers. A professor that has been in the university for several years collects the salary that a senator takes for his newspaper allowance in one month. Records are there to justify this. We need to make our lawmakers part-time if we must solve our problems in this country. That is the only means we can get development. You can see that by the protests, people were able to vent their anger on the polity and because of this, the government needed to sit up. Don’t forget that #EndSARS protest may not be the end because people are still not satisfied. The political office holders are already deceived and we must continue to resist these recycled politicians; otherwise we may not get anywhere.

The #EndSARS saga has raised the issue about regulation of social media. Some governors are now in support of the decision. What is your position?
Let us be honest with ourselves, your job as a media professional is almost at extinction. A lot of people who have no knowledge of the profession are now journalists. Journalism is a very disciplined profession that has rules and regulations. It is the only profession recognised and mentioned in the Constitution. It is there in Chapter 2, you perform constitutional duty. But now people who have no training, whether at first or second degree or newsroom training are all on social media pasting anything they see. Before you know it, the story is everywhere. The world is a global village now. There is a need for regulation of social media. But the question to ask is, can the government stay within the ambit of the regulation? The government of the day is a beneficiary of social media. In their time, they overrated President Muhammadu Buhari through the social media but the same government is now clamoring against what made it. If there had been no lies then with the social media, probably Buhari might not have been president today. But they lied with a lot of stories and promissory notes.

I think social media need to be regulated so that some people can be used as scapegoats. You cannot just be posting anything. It has destroyed homes, nation and a lot of communities. You see what happened at the Lekki Toll Gate and all, there are a lot of exaggerated posts that are responsible for arsons, lootings and so on.

Are you not bothered that the government might abuse the planned regulations of social media if it has its way?
It is only a responsible government that can regulate the socio media. When you are regulating anything, you will not allow the law to be applied differently. The law must apply equally to all. But if it is regulated, I doubt if this government will affect the law the way it is supposed to. I do not see any regulation coming. Even if they pass the law, it will be what is called in criminology that victimless offence. The offence is created by statute but you don’t see complainant like issue of rape because of the scandal that follow. Some people who are victims of rape will not even report. So you don’t see the complainant. If social media law is there, you may not see conviction. It will become a victimless offence.

With the benefit of doubt, can this government make some landmark changes in respect of the protests?
One of the benefits is to heal the wounds. They have tried to take the first step to set up panels of inquiries. But setting up of panels is one tenth of what it is supposed to do because at the end of the day, the reports of the panel may not be implemented. The panels may be a way to buy time. There have been panels on so many reforms and nothing has happened. The recommendations are just in the archive. We hope that this is not another way or trick to douse the tensions generated by #EndSARS protests. If the government can carry out the recommendations of the panel, then we know it can regulate the social media.

There are some serious cases against the police, and some of the cases the panel have heard so far are those were plaintiffs had got judgment against the force. How will they compel enforcement?
As at May 2015, over N28 billion damages were awarded against the Nigeria Police but it has not been paid and from 2015 to 2020, the damages awarded against the police would have been about N40 billion. Where will the Nigeria Police get such money to pay, how much is the budget of the police? And again, this budget that they pass is only on paper, they don’t implement it. The money just goes to a few individual pockets. Do you know that in police stations today, you have to pay money for the paper to write your statement, and all sorts? Recently, I had a matter reported to the police but not until I fueled the car to pick the person, nothing happened. So if they can do that to me, what of a common man that has a genuine case and wants to approach the police? I would expect the government to amend the Police Act and make some reforms that money meant for commands should go direct to them. Not that the money should go from the Inspector General of Police to DPO and at the end of the day the DPO won’t get anything. If a police station can be getting its allocation direct, it will be okay. The welfare of the police must be improved upon.

Does the move by the Federal Government to arrest and prosecute some leaders #EndSARS protest, not defeat the purpose of setting up the panels?
The Federal Government’s latest move of clamping down on the supposed protesters seems to have dealt a devastating blow on the very essence of the various panels of enquiries set up across the country. As for the negative effect and extent of damage it will do, only time can tell, but I advise the government to retrace its steps and stop the harassment because it is uncalled for.

Arresting protesters or freezing their accounts is the most ludicrous step any reasonable government anywhere can take. In fact, it is a joke taken too far because it’s not only unconstitutional but completely illegal and wrong. This is because by doing this, the president is telling the world that he doesn’t take criticism, however little. How can you freeze accounts of protesters or place ban them from traveling? I think it is very unjust and illegal because they have committed no offence by showing their grievances against the government’s ineptitude.

The president should know that we are not in a totalitarian state where all that matters is the interest of the ruler, even though the government of the day appears to have undermined or altogether destroyed all the tenets of modern democracy. One thing is certain, we are in civil rule and freedom of movement, freedom of association and freedom of speech are still part of our laws and those must be respected.

I also want to advise the government to understand that the citizens of Nigeria are now more enlightened and educated than before. They are also not pleased with the present political order in the country, which necessitated the #EndSARS protests in the first place. Continuation of the travel ban and restrictions on the accounts of certain protesters is like sitting on a keg of gunpowder. It is dangerous if the ban is not lifted with immediate effect. This is because such action of government can be the precursor of another crisis or demonstration. So it will be wise for the government to use its tongue to count its teeth.