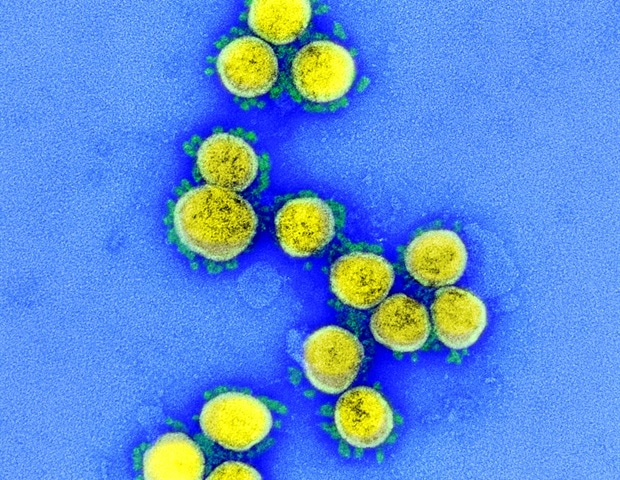 Their article titled, “SARS-CoV-2 Orf6 hijacks Nup98 to block STAT nuclear import and antagonize interferon signaling,” is published in the journal Proceedings of the National Academy of Sciences.

SARS-CoV-2 has infected over 51.37 million people around the world and claimed over 1.27 million lives. The infection’s molecular mechanisms are still not understood fully, and it is important to know this to understand the pathology of this infection. The team explains that knowing the pathology of COVID-19 can help develop better treatments and vaccines against it.

SARS-CoV-2 belongs to the Betacoronavirus genus. Belonging to the same genus are SARS-CoV, with 79 percent genetic similarity, and Middle East respiratory syndrome coronavirus (MERS-CoV), with about 50 percent similarity. These viruses cause both upper and lower respiratory tract infections and may lead to severe and even life-threatening respiratory syndrome in humans. This condition often leads to a deranged immune response that can raise the levels of proinflammatory cytokines, cause a cytokine storm, and cause severe tissue damage.

Interferons (IFNs) or cytokines released in response to the infection are classified into three groups:

What happens with SARS-CoV?

The researchers explained that in SARS and COVID-19 patients, the levels of IFNs are low, and there are high levels of chemokines. In lab mice, it has been seen that IFN-I signaling was needed for ISG induction and proinflammation. This signaling was not responsible for controlling virus replication.

Thus SARS-CoV-2 was found to be resistant to IFN signaling. The team explains that accessory proteins Orf3b and Orf6 can inhibit IFN production and signaling. Thus the team speculates that evading the IFN-mediated antiviral signaling could help replication of SARS-CoV-2 and lead to its pathogenesis within the human host.

This study attempted to see if the SARS-CoV-2 could block the STAT1 and STAT2 nuclear translocation so as to block the induction of IFN-stimulated genes (ISGs).

Vanderbilt University researcher Yi Ren, assistant professor of biochemistry, has undertaken previous work with influenza A and the vesicular stomatitis virus (VSV). These viruses also signal proteins such as interferons that mount an antiviral reaction.

She said, “From the literature review, I understood that I had the requisite specialist knowledge of how protein expression is blocked in VSV to meaningfully contribute to COVID-related research.” Ren explained, “We were able to test the direct interaction between the host factor that I work with and the SARS-CoV-2 protein. We found that, indeed, they interact.”

The authors of the study found that a mechanism of viral antagonism is possible. In this, the virus can “hijack” the Nup98-Rae1 complex so that the host system cannot mount an antiviral reaction against the virus using the IFNs.

The authors wrote, “A better understanding of the strategies used by viruses to subvert host immune responses is critical for the design of novel antivirals and vaccines.”

“Even though SARS-CoV-2 is an entirely new virus that the world is grappling with, it deploys a similar strategy to target the same host factor as VSV, making me feel somewhat familiar with the virus. After so many years of studying influenza A and VSV, to see such a small difference on a cellular level resulting in what we’ve seen during this pandemic puts these ‘small’ differences into perspective,” said Ren.

She added, “We have a very strong community of structural biologists at Vanderbilt and amazing resources that we’re all sharing… As everyone is seeking to contribute to COVID-based research, my lab quickly shifted our attention and are working hard to push our understanding of this virus forward every day.”

This study and future work is supported by a grant from The National Institute of General Medical Sciences.