Coronavirus disease 2019 (COVID-19) is caused by severe acute respiratory syndrome coronavirus 2 (SARS‐CoV‐2), a novel RNA virus part of the betacoronavirus family. Emerging in Wuhan, China, in late 2019, SARS‐CoV‐2 spread across the globe, progressing into a full-fledged pandemic causing signiﬁcant morbidity and mortality in  190 countries and territories.

SARS‐CoV‐2 infection symptoms include dry cough, fever, and gastrointestinal symptoms in most patients, while some experience a temporary loss of smell and taste. Patients with severe SARS-CoV-2 infection can experience acute respiratory distress, myocardial discomfort, stroke, and multiorgan damage during the final stages.

Currently, the FDA has approved remdesivir, an inhibitor of SARS-CoV-2 replication, to treat COVID-19, although WHO recently reported that it offers little protective effect against COVID-19.

Now, researchers from the University of California, San Francisco, and Stanford University, California, USA, reported a safe and potent antiseptic for use in humans named ethacridine, which effectively inhibits SARS-CoV-2 even at very low concentrations of EC50 ~ 0.08 µM. Their work has is published on the preprint server bioRxiv*.

Ethacridine was identified by high-throughput screening of an FDA-approved drug library in living cells with the help of a fluorescent assay. In order to identify drugs that inhibit the SARS-CoV-2 virus, the researchers redesigned green fluorescent protein (GFP) into an activity reporter of Mpro that turns fluorescent on cleavage by the active Mpro. Using this fluorescent assay, they identified many drugs that inhibit Mpro activity, and the most effective of them was ethacridine, which inhibits the production of SARS-CoV-2 through inactivation of the viral particles. 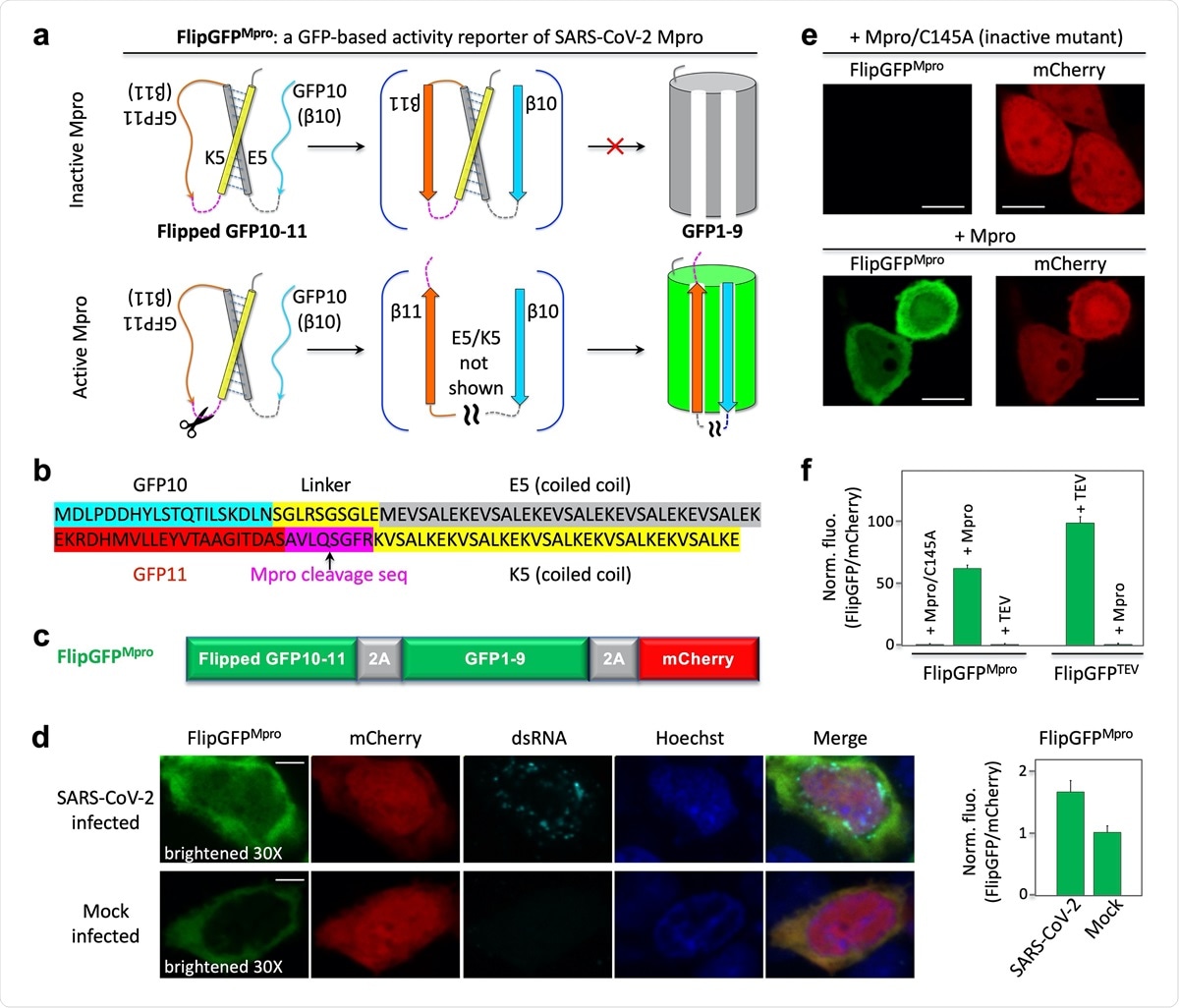 The study’s findings show a novel approach against SARS-CoV-2 that inactivates viral particles, and the efficacy of this approach is expected to be independent of the cell type. Ethacridine was shown to block SARS-CoV-2 in human cell line A549ACE2 cells and in primary HNE cells. Moreover, it was not toxic in animal models, including mice, rats, and rabbits.

“Our findings reveal a new approach against SARS-CoV-2 via inactivating viral particles, of which the efficacy is expected to be cell type-independent.”

Ethacridine inactivates viral particles without affecting replication of the virus

Currently, ethacridine is used as a topical disinfectant, but it has already been used to treat patients with puerperal sepsis via intravenous injection. Thus, its antiviral effect can be easily validated in animal models as well as COVID-19 patients. Also, since it directly inactivates SARS-CoV-2 virus particles, ethacridine can be combined with drugs such as remdesivir, the replicase inhibitor, to treat COVID-19 patients and improve their clinical outcome.

admin February 7, 2019 No Comments
cheapest cialis on the web...