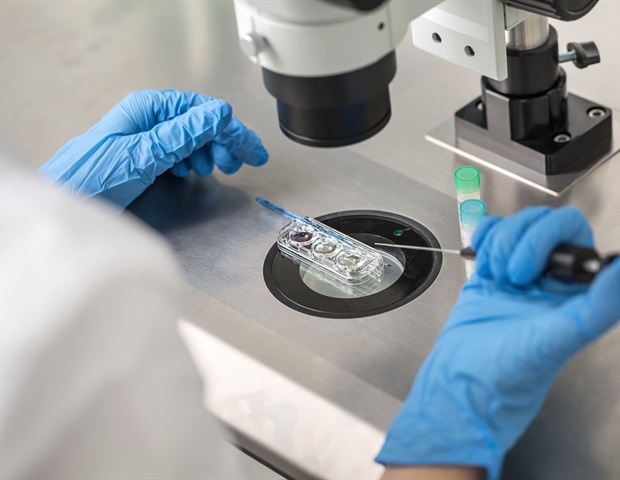 Researchers tested 5-amino levulinic acid in vitro in human-derived cells and found it prevents severe acute respiratory syndrome coronavirus 2 (SARS-CoV-2) infection. Because it is safe and ubiquitous in plants and animals, it could be a potential drug against SARS-CoV-2.

With the emergence and rapid spread of SARS-CoV-2, the world has been reeling under the COVID-19 pandemic. Many drugs used for other diseases have been tested to combat the disease, most with limited benefits.

The SARS-CoV-2 virus binds to the angiotensin-converting enzyme 2 (ACE2) on the host cell and thus enters the host cell. The virus then replicates in the cytoplasm of the infected cell and subsequently releases virions. Although the virus mainly infects the human respiratory system, including the lungs and trachea, viral RNA or antigens has been detected in other parts of the body.

A natural amino acid, 5-amino levulinic acid (5-ALA), found in plants, animals, bacteria, and fungi, forms protoporphyrin IX (PPIX) when eight molecules come together. PPIX can generate heme when combined with a ferrous ion. 5-ALA has been used in various therapies, such as metabolic improvement, because of its ability to improve aerobic energy metabolism and cancer diagnosis and therapy using a photosensitive feature of PPIX.

5-ALA prevents SARS-CoV-2 infection in vitro

To test the potency of 5-ALA compounds against SARS-CoV-2, researchers isolated the virus from a nasal swab of a patient in Japan and propagated it in VeroE6 cells. They quantified the infection using an immunofluorescence assay they developed using an antibody for the SARS-CoV-2 N protein. The research is published as a preprint on the bioRxiv* server.

The researchers found that when VeroE6 cells were treated with 5-ALA for 72 hours before infection, it prevented SARS-CoV-2 infection. However, a shorter pretreatment time of 48 hours did not prevent the infection. The authors found that PPIX gradually accumulated inside the cells. This could be why there is a time-dependent effect on virus inhibition.

Adding sodium ferrous citrate (SFC) along with 5-ALA also helped prevent infection, but only with 72 hours of pretreatment. This is likely because SFC supplies iron for generating heme, along with 5-ALA.

Next, they tested the antiviral effect of 5-ALA in Caco-2 cells derived from the human colon, which can metabolize 5-ALA. The authors found that both 72 and 48-hour pretreatment, with and without SFC was effective in preventing treatment. This indicates 5-ALA has antiviral effects in humans.

The authors found that the IC50, which is the amount of a drug needed to inhibit a biological process by 50%, for inhibiting SARS-CoV-2 infection in VeroE6 cells using 5-ALA was 570 mm without SFC and 695 mm with SFC.

The antiviral effect was much more powerful in human cells, with the IC50 being 39 mm and 63 mm with and without SFC, respectively. The authors also tested if the compound was toxic, and they found 5-ALA was not toxic to cells up to a concentration of 2000 mm.

Potential drug for human use

The authors suggest a G-quadruplex (G4) structure could be a potential target of the antivirals, and compounds binding to it could inhibit SARS-CoV-2 infection. G4 is a tetrahelical structure formed by guanine-rich regions of DNA or RNA. It is also found in coronaviruses and can affect virus replication. Many coronaviruses have a G4 binding domain in the non-structural protein 3 (Nsp3), which is essential in genome transcription.

According to recent studies, the SARS-CoV-2 genome also has G4 structures with a SARS unique macrodomain (SUD)-like motif in its Nsp3 protein. Hence, it is likely that G4 interactions with binding proteins could be a potential target for antiviral drugs.

In addition, heme, a 5-ALA metabolite, is known to complex with G4 structures. “Exogenous 5-ALA supplementation induces increased generation of PPIX and heme inside host cells, potentially interfering with the interaction of G4 structures in the host or viral genome with viral protein Nsp3 or host G4 binding proteins, which inhibits SARS-CoV-2 infection,” write the authors.

Since 5-ALA is made in most plants and animals, and we routinely consume it in food, it is safe to be used by the general population. Because of its high bioavailability, it can easily be taken orally. 5-ALA also shows anti-inflammation effects, which could be another advantage of the compound.

The use of 5-ALA could provide another option for treatment and prevention of SARS-CoV-2 infection, being a different class of drugs from those currently being used or tested. Further testing in animal models could help advance the use of 5-ALA in treatments.