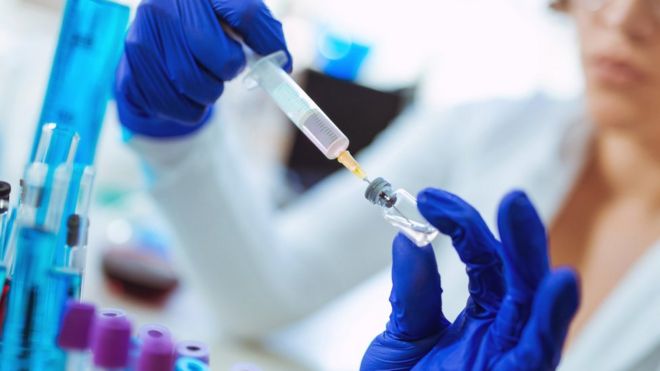 Children and older adults are to be included in the second phase of vaccine trials to protect against coronavirus.

The first phase of the University of Oxford trial began in April, involving 1,000 healthy adults aged 55 and under.

Now more than 10,200 people – including over 70s and five to 12-year-olds – will be enrolled in the study, to see the effects on their immune system.

Trials of the same vaccine on monkeys appear to have given them some protection against the disease.

The animals had less of the virus in their lungs and airways, but it is not certain this finding will translate to people.

The scientists behind the vaccine have previously said they are aiming to have at least a million doses of a coronavirus vaccine by September this year.

But the UK government has repeatedly said there are no guarantees – and a vaccine could still be some way off.

And most experts still estimate it will take 12 to 18 months to develop and manufacture a vaccine.

There are more than 100 experimental vaccines against Covid-10 currently being developed worldwide.

Adults in this trial will receive one or two doses of either the new vaccine – ChAdOx1 nCoV-19 – or another licensed vaccine.

Researchers will then compare the number of infections in both groups.

This could take between two and to six months, depending on how many people are exposed to the virus.

The age range of participants has been expanded to include those aged:

Sarah Gilbert, professor of vaccinology, at the Jenner Institute, said: “We have had a lot of interest already from people over the age of 55 years who were not eligible to take part in the phase-one study.

“And we will now be able to include older age groups to continue the vaccine assessment.

“We will also be including more study sites, in different parts of the country.”