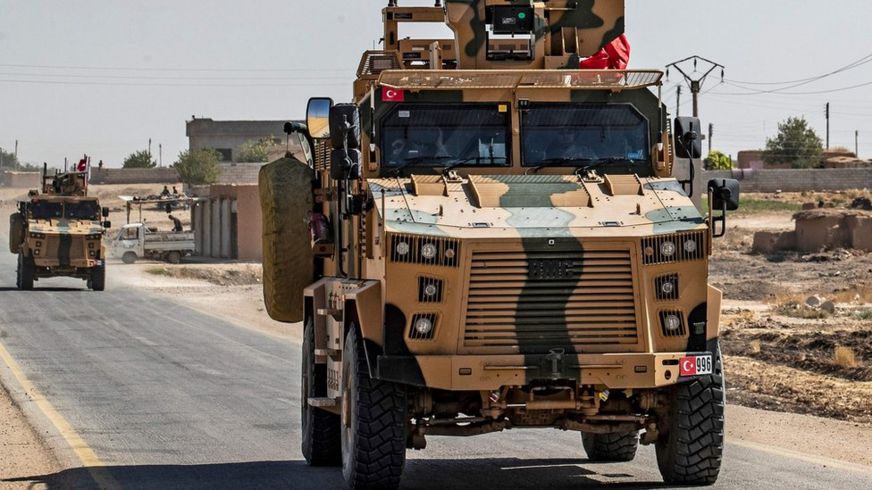 The White House says Turkey will soon begin a military operation in north-east Syria with no involvement or support from US forces.

Turkey would become responsible for all Islamic State group prisoners in the area, the US statement said.

Turkey wants to clear US-backed Kurdish forces – whom it regards as terrorists – away from its border with Syria.

It also wants to create a “safe zone” along the border and move up to two million Syrian refugees from its territory there.

What did the White House say?

“Turkey will soon be moving forward with its long-planned operation into Northern Syria,” the statement said.

“The United States Armed Forces will not support or be involved in the operation, and United States forces, having defeated the ISIS territorial ‘Caliphate’, will no longer be in the immediate area.”

The White House statement also said that Turkey would take over all responsibility for Islamic State (IS) group fighters captured over the past two years.

“The United States government has pressed France, Germany, and other European nations, from which many captured ISIS fighters came, to take them back but they did not want them and refused.

During his phone call with Mr Trump, Mr Erdogan expressed frustration at a lack of progress in establishing a “safe zone” in north-eastern Syria along the border with Turkey, which the Nato allies had agreed in August.

Turkey wants this one to be free of fighters from the Kurdish YPG militia, which Turkey considers a terrorist organisation.

The YPG was a major part of the Syrian Democratic Forces, the US supported force that defeated IS in Syria.

Turkey also wants to move up to two million Syrian refugees from its territory into the zone. Turkey currently hosts 3.6 million Syrians sheltering from the conflict.