A US teenager has been jailed for 15 months for involvement in a prank call leading to an innocent man’s death.

In the 911 call, Barriss claimed he was holding his family hostage but when police visited the address provided, they shot father-of-two Andrew Finch.

The two men admitted to making the call after a row with another gamer, Shane Gaskill, while playing Call of Duty.Casey Viner has left with his attorney. We haven’t seen Gaskill come out yet. Attorneys for both have declined to comment. 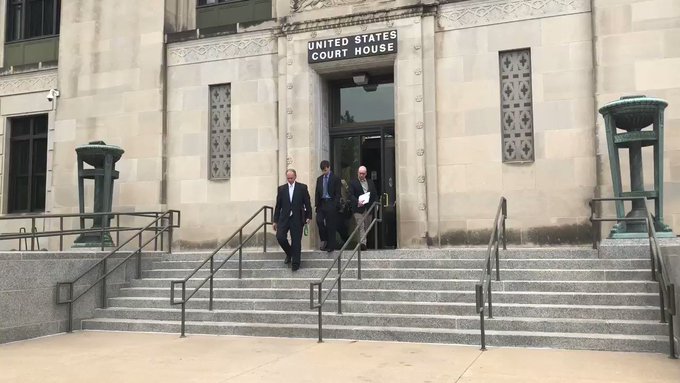 Bariss was sentenced earlier this year to 20 years behind bars.

In court, Viner pleaded guilty to conspiracy and obstruction of justice. After his sentence he will be banned from gaming for two years.

Viner said he was “awfully sorry”, that he never intended anything to happen and he thinks of it every day.

“We impose sentences not only for what people intend, but what happened,” said US District Judge Eric Melgren.

How did a prank call kill an innocent man?

On 28 December 2017, Barriss told police he had shot his father and was holding the rest of his family hostage.

He gave police what he thought was Mr Gaskill’s address in Kansas.

However, the address provided by Mr Gaskill was not his own but that of Mr Finch, 28.

Armed police went to the property and shot dead Mr Finch, who had no involvement in the video game dispute.

Police say the responding officer shot Mr Finch after he moved his hands towards his waist.

US Attorney Stephen McAllister described swatting as “reckless, dangerous and, as this case proves, potentially tragic”.

The police officer involved was not charged as there was not enough evidence to show they acted unreasonably considering the context.

“Swatting is not a prank, and it is no way to resolve disputes among gamers,” Mr McAllister added, calling on gamers to “self-police their community to ensure that the practice of swatting is ended once and for all”

admin February 7, 2019 No Comments
Unquestionably believe that which you...