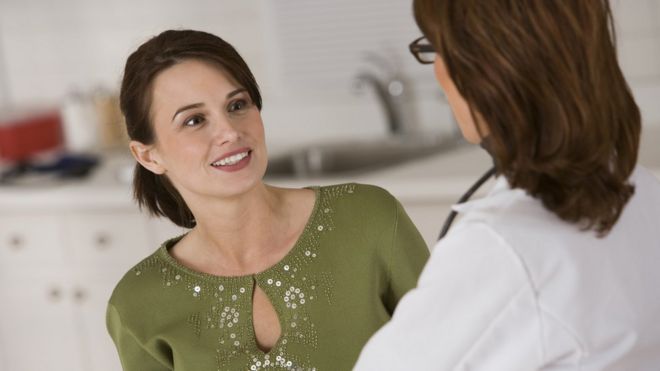 A keyhole-surgery technique for treating heavy menstrual bleeding is more effective and just as safe as a non-invasive alternative, a study of more than 600 UK women suggests.

Those who had a laparoscopic supra-cervical hysterectomy, removing part of the uterus, were more satisfied than a group that had endometrial ablation.

And they were less likely to have pelvic pain and pain during sex.

Heavy bleeding affects a quarter of women in the UK.

Prof Kevin Cooper, consultant gynaecologist and study author from the University of Aberdeen, writing in the Lancet, said the study showed laparoscopic supracervical hysterectomy offered “a more effective option than endometrial ablation, without any increased risks”.

Fifteen months after surgery, there was a similar level of complications in both groups.

And the women who had the modified hysterectomy technique did tend to have longer hospital stays and a slower return to work.

But, Prof Cooper said: “Most women having this procedure get home within 24 hours and there are no restrictive rules for recovery, unlike traditional hysterectomy.”

He said the procedure offered women “another effective surgical choice for this common medical condition”.

There are many ways of carrying out a hysterectomy but the conventional one removes the womb and cervix.

Laparoscopic supracervical hysterectomy is a less invasive and less complex alternative to this, where the cervix is left intact.

In endometrial ablation, the lining of the uterus (endometrium), which is responsible for heavy periods, is destroyed, and the uterus is kept.

No incisions are needed for this procedure and recovery tends to be quick – but one in five of the patients goes on to have a hysterectomy, the study suggests.

Commenting on the research, Sukhbir Singh and Olga Bougie, from the department of obstetrics and gynaecology at the University of Ottawa, said there were still questions left to answer about the safety of preserving the cervix.

“In particular, cervical conservation raises issues of specimen removal, need for cervical screening, and the potential for new or ongoing symptoms secondary to the retained cervical stump,” they said.

And as a result, numbers of laparoscopic supracervical hysterectomies have gone down.