Africa has gone three years without a case of wild polio being detected, the World Health Organization said on Wednesday, a significant milestone in the quest to eradicate the disease. 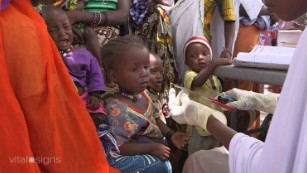 The continent’s last case of polio caused by the wild virus was detected on 21 August 2016 in Nigeria. Africa is expected to be certified free of wild polio by early next year following an independent evaluation process, however vaccine-derived cases of the disease still pose a challenge.
“We are confident that very soon we will be back here trumpeting the certification that countries have, once and for all, kicked polio out of Africa,” said Dr. Matshidiso Moeti, WHO regional director for Africa.
Moeti attributed present progress to an “unprecedented scale” of multinational effort by governments, partners, and health workers, who have deployed financial and technical resources to provide vaccination and education, especially in remote areas.
“It has involved men and women volunteering in the thousands, sometimes putting themselves in harm’s way,” Moeti said.
Once Africa is declared free of the disease, five of the WHO’s six regions will be free of wild polio. Only what the WHO calls the Eastern Mediterranean is still fighting the disease, with polio still endemic in Pakistan and Afghanistan.

Cases due to the wild poliovirus found in nature have decreased by more than 99% since 1988, from an estimated 350,000 cases then, to 33 reported cases in 2018, according to the WHO.
However, outbreaks of vaccine-derived polio strains have occurred in Central African Republic, Somalia, Kenya, Democratic Republic of Congo, Niger and Papua New Guinea in recent years. 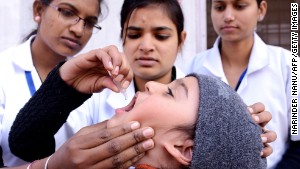 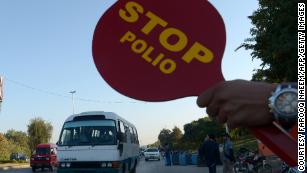 Children under 5 are most vulnerable to the disease. Symptoms of the paralyzing disease include fever, fatigue, headache, vomiting, stiffness in the neck and pain in the limbs. There is no cure for polio. However, it can be prevented by a vaccine.
But owing to the Global Polio Eradication Initiative — a partnership of WHO, UNICEF, the US Centers for Disease Control and Prevention, Rotary International and the Bill & Melinda Gates Foundation — only Afghanistan and Pakistan have recorded cases of wild polio virus in three years.
Polio remains a problem globally and a WHO committee designated the disease a “Public Health Emergency of International Concern” in November 2018 due to its risk of international spread.

In August 2016, Nigeria reported a case of wild poliovirus in the northern state of Borno two years after it had reported none.
Insecurity, conflict, migration, and parents refusing to get their children vaccinated are some challenges that hamper vaccination efforts in Nigeria, according to WHO.
Dr. Oyewale Tomori, a professor of virology at Redeemer’s University in Nigeria, said there were still hurdles for the Nigerian government and health monitoring agencies to cross in the country’s northeast where terror group Boko Haram still wages deadly attacks, killing health workers.
“Until we can confidently say we have reached all the children in these areas were a case was found in 2016, that is when we can celebrate,” Tomori said.
Dr. Pascal Mkanda, head of the polio eradication effort in WHO’s regional office for Africa said that the agency and partners have now deployed mobile technology to detect communities that have been reached by health workers and those that are left out.
“To detect a case of wild polio, we need to go to communities to see children who have symptoms and take samples but there are certain areas that there is insecurity and this poses a challenge of accessibility,” Mkanda said.
Preventing the occurrence and transmission of vaccine-derived polio needs to be a priority if the disease is to be wiped out from Africa and the rest of the world, David Heymann, Professor of Infectious Disease Epidemiology at the London School of Hygiene and Tropical Medicine said.
Heymann, a former WHO representative for polio eradication, stated that though the wild virus is only occurring in two countries, others need to keep up with the disease surveillance and immunization programs to prevent a resurgence.
“If other countries let down their defense by failing to vaccinate, wild polio virus can again spread to countries that have eliminated it,” Heymann said.
SOURCE:CNN
Share on:
WhatsApp
Share this on WhatsApp