Boris Johnson is trying to scare Europe into giving him a better Brexit deal.He hasn’t been terribly subtle about this. During his campaign to replace Theresa May, Johnson repeatedly said that if he became prime minister, he would ramp up preparations for leaving the European Union without a deal.

The logic goes something like this: a no-deal Brexit will wreak havoc not only in the UK but in European countries as well. And having seen that Johnson is serious, Europe will eventually blink and renegotiate the deal it struck with May last year (and which has since been voted down three times by the UK Parliament).

Since taking office, Johnson hasn’t exactly softened his approach. He brought a load of hardline Brexiteers into his cabinet and onto his team of advisors, and in the past few weeks, no deal has gone from something barely anyone believed could happen to arguably the most likely outcome.
But if the aim of all of this is too spook the EU, it isn’t working. “Ever since article 50 was triggered, we knew no deal was a possibility. That’s why we prepared for it long before the UK,” an EU official told CNN.
Brussels certainly appears relaxed about all this. “The threat of a no deal won’t get you anywhere with the EU,” said Georgina Wright, a senior researcher at the Institute for Government. “Threats are not going to change their mind, only credible alternatives will.”
The alternatives Wright is talking about refer to a specific section of the Brexit withdrawal agreement known as the Irish border backstop — an insurance policy that is designed to prevent the return of a hard border between Northern Ireland, which is part of the UK, and the Republic of Ireland, which is part of the EU.
The backstop is the Brexiteers’ single biggest problem with the existing deal, as it keeps the UK tied to the EU in some respects, preventing a clean break from the European Union, and therefore doesn’t honor the result of the referendum.
The problem is that keeping the backstop in the deal is a red line for Ireland. As Wright points out, “unity of the 27 [EU countries] is the most important thing. It’s why the EU is an incredibly powerful actor in negotiations with third actors.” So, a red line for Ireland becomes a red line for the whole of the EU, and that’s the end of that.
Johnson has formally made his hard position on the backstop clear to Europe. His top Brexit negotiators have already been to Brussels and said that getting rid of the backstop is, from London’s perspective, the starting point of renegotiations. Otherwise the UK is leaving on October 31 without a deal.
But far from rattling Brussels, Johnson’s absolutism appears to be having the reverse impact. When the European Parliament goes back to work in September, it’s expected to pass a resolution reaffirming its commitment to the existing withdrawal agreement and restating its view that it’s the only deal the UK is going to get.
The logical conclusion of this standoff is Johnson attending the European Council summit of EU leaders on October 17, no new deal being on the table, and Johnson refusing to request another Brexit extension to avoid a no-deal exit.
So, given the fact that lawmakers in Brussels accept that no deal will be bad for Europe as well as the UK, why aren’t they in panic mode?
One reason is anger. Officials in the EU Commission are privately furious that Britain is trying to bully Ireland into requesting that changes are made. “The UK triggered article 50, the UK didn’t accept our deal and only the UK can revoke article 50. Blaming us — especially Ireland — for a situation they created is outrageous,” said the EU official.
They are also angry that Johnson and his government are trying to pin the blame for a lack of progress on Brussels. Michael Gove, one of Johnson’s cabinet ministers, said this week that he was saddened that the EU was “refusing to negotiate with the UK.” 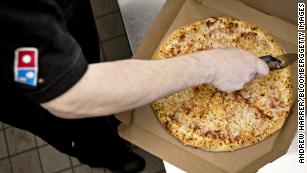 Domino’s is stockpiling pizza ingredients to protect against a disorderly Brexit
Another Brussels source with detailed knowledge of the negotiations said: “Boris is trying to ramp up the blame game, but we are not going to play along. Keep calm, keep united. That is our policy.” While it might be tempting to lash out at the UK, the EU is instead focusing on sticking to its previously-stated position and not showing any cracks.
A second reason for the lack of panic is that people in Brussels take everything Johnson says with a pinch of salt. Johnson has previous form for sudden changes of heart, and no one is ruling out the possibility that, come the October 17 EU summit, he will request another Brexit extension if it suits him politically.
“For a very long time, they assumed that Boris Johnson would request an extension and make it sound like it’s not his choice, but that he’s being forced into it, either by his own Parliament or the EU,” said Wright.
While this might sound like kamikaze politics for a man who has said he will deliver Brexit on October 31 “do or die”, the political situation Britain might make another extension a preferable option to Johnson.
Johnson has a parliamentary majority of one. This makes him vulnerable to losing a vote of no confidence. And while bringing down his government wouldn’t automatically stop a no-deal Brexit, it could trigger a series of events that leads to him requesting a Brexit extension.
Should Parliament topple the government, it becomes very likely that Johnson would have to call a general election. When that election would be has become one of the most talked-about issues in Britain and in Brussels. Some think that Johnson would call for an election after the Brexit date, meaning in theory that he can run the clock down to a no-deal Brexit with nothing in his way. 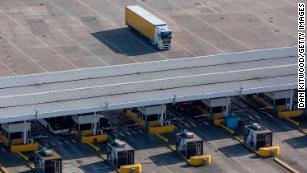 UK economy shrinks for first time since 2012. Brexit could tip it into recession
The thing is, if no deal really is as catastrophic as some have predicted, then it’s hard to see how that would help Johnson during an election campaign. At that point, he would own no deal.
If he loses a confidence vote, however, Johnson could theoretically play another card. He could request an extension, then immediately unleash hell on the people who made him do it — the majority of Parliament who do not want to leave without a deal. That could turn a general election into be a fight between the people who “stole” Brexit and the man who, with a bigger majority in Parliament, would finally get the job done.
“It’s no secret here that we think an election is inevitable,” said the Brussels source. “All of this blame game rhetoric is probably for a domestic audience rather than for us.”
Should that happen and should Johnson win a parliamentary majority, then expect to see the language harden. Johnson will have a mandate to deliver a no-deal Brexit and he will have the majority to do it. He will probably revert to his plan of trying to scare Brussels into making concessions.
In the meantime, the inescapable reality is that the EU thinks it is ready for no deal and is almost out of patience with a UK that it feels it has bent over backwards to help. And should we reach that point, it might not be the officials in Brussels that fear the outcome of a no deal. Boris Johnson has some big decisions to make and not much time to make them in.
SOURCE:CNN
Share on:
WhatsApp
Share this on WhatsApp